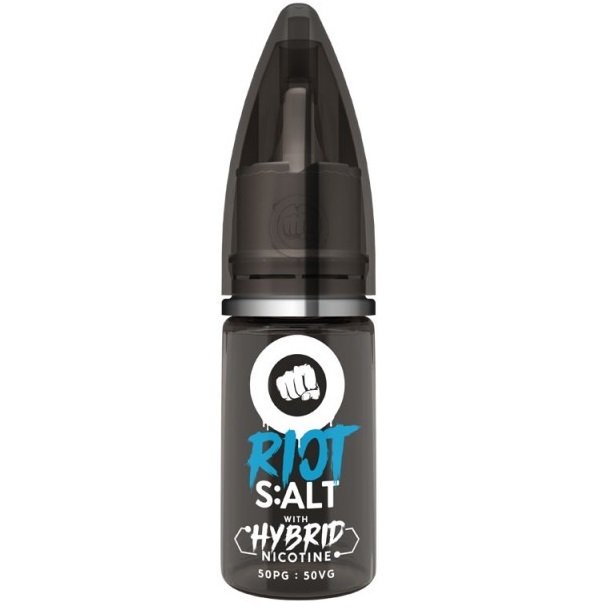 Blue Burst E-Liquid by Riot Squad Hybrid Salt is a delicious fruit blend with a refreshing exhale. The ejuice offers a tangy blend of juicy blueberry and raspberry flavors, and fresh, icy menthol that is sure to leave you salivating. If you love berries, you are going to love this ejuice flavor.

The flavor is also complemented by a hybrid nicotine blend that combines both freebase and nicotine salts to create a vaping experience you can only wonder about.

Riot Squad Hybrid Salts is a lineup of e juices that are mixed and manufactured in the UK. They are brought to you by the Riot Squad. Riot Squad is a UK-based ejuice manufacturer with a lineup of fruity, beverage, and menthol style blends, each able to deliver a flavorful punch as well as a remarkable vaping experience just like you see from their Blue Burst E-Liquid.

From the moment the vapor hits your tongue, the ejuice takes you on a chilling plunge into an icy river as streams of tart berry juices envelope your palate, leaving you swimming in deliciousness. The sensation is followed by a rush of crisp and smooth berry flavor to create a truly wholesome blend. Just as your sweet tooth is basking in all that rich flavor, it gets doused by another stream of sugar as the flavor of crisp, cool menthol comes in to wrap things up.

Blue Burst E-Liquid by Riot Squad Hybrid Salt leaves your taste buds with a lasting impression even long after you have finished vaping. It has a rich natural taste that would make an excellent all-day vape.

Blue Burst E-Liquid contains 50% vegetable glycerin (VG) and 50% propylene glycol (PG). This allows you to easily vape this ejuice using low-wattage devices such as starter kits and pod devices. It does not stop there, the percentage of VG and PG used in the ejuice mixture also ensures that you are treated to a deep flavor with minimal, but satisfactory, cloud production.

In terms of nicotine, the Blue Burst E-Liquid by Riot Squad Hybrid Salt is most likely the first of its kind in terms of its hybrid formula. The combination of both freebase and salt nicotine is so that when you vape, you experience a more noticeable throat hit like standard freebase nicotine blends, but you also experience rapid absorption of nicotine like standard salt nicotine blends.

Blue Burst E-Liquid by Riot Squad Hybrid Salt is packaged in 10ml TPD compliant plastic bottles featuring a childproof and tamper-evident cap. The bottle is uniquely shaped, not like the regular ejuice bottles you may be used to, but it does not change anything about its usability.

On https://vapegreen.co.uk, you can buy the Blue Burst E-Liquid by Riot Squad Hybrid Salt for £3.49.

There is no doubt that the vaping market is crawling with similar ejuice flavors, although, once you get to taste this, you would know just how unique it claims to be. It is unlike anything you’ve ever tasted in terms of its taste, and unlike any ejuice, you have ever vaped in terms of its hybrid nicotine blend. 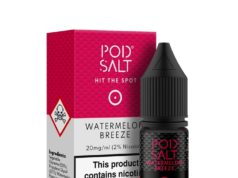 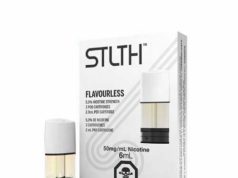 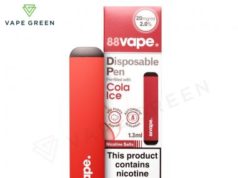 An Introduction to Vaping