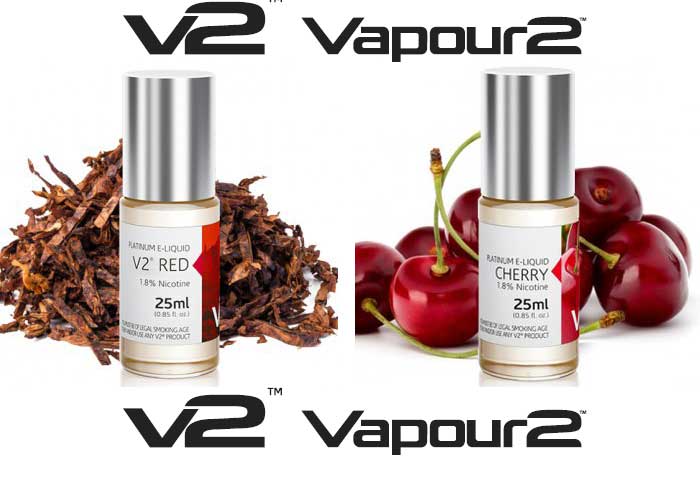 Before I get into the nitty-gritty of this list, let me provide a little background. Electronic cigarettes work by heating up a liquid, known as e-juice, or e-liquid, so that a vapor is produced. An atomizer is the part of the e-cigarette that heats up the liquid, but it only heats it up to the point of vapor production. This is one of the main reasons e-cigs are so much safer than regular ones: nothing is burning!

E-liquid ingredients will vary depending on the manufacturer, but basically they are a mixture of water, nicotine, and a combination of other elements such as a Vegetable Glycerin (VG) or Propylene Glycol (PG) base, flavorings, and so on.

There are a lot of factors that come into play when deciding who to order e-liquid/e-juice from. Some of these would be price, shipping (both cost and time), ratio of PG/VG, authenticity of flavors, and a lot more. As newbies, we “don’t know what we don’t know”, so for the most part, it is usually best to at least consider the feedback of veteran vapers, before making a decision.

In the spirit of helping fellow noobs, I’ve put together this list of 5 of the top e-juice companies. It is no particular order. Out of all the companies out there, I chose these based on the following criteria:

· Forum Reputation – The old saying goes “You can’t please everybody”, and there will always be negative comments about any company. But for the companies that had the most active threads, or number of threads, I looked at the overall general consensus.

· Forum Representation – Now this is something that may not matter to everyone else, but to me it’s important to see representatives of the company participating on different forums. It shows transparency, and usually those that are contributing to discussions are the most helpful and would tend to provide better customer service.

· Prices – This one is a give. With the economy the way it is today, everybody is looking for a bargain. But sometimes it’s worth it to pay more for better quality. How do you know when? That’s why I said earlier it’s sometimes best to pay attention to the advice of those more experienced.

· Shipping – In the world of e-cigs, a supplier could literally be anywhere. From around the corner from your job, to half-way around the world. Obviously, this is going to have an impact on shipping times. Also, does the company keep a pretty good stock, or are they constantly having things on backorder? These things are important, especially if you’re waiting for e-juice to come so you can vape and not have to resort to going back to regular smokes.

And now, without further ado:

Huge variation of flavors – almost 120 flavors and still going on–and they have a options to create your own flavor from 3000 mix -every month they are offering flavor of the month that is giving customers a new taste of ejuice all time. Favorite flavors of theirs seem to be Tobacco , Menthol Fruit and specialty. I have only seen positive comments with regard to their shipping. Either it arrived when expected, or sooner than expected. Most of their juices are 100% VG and product great vapor. The flavors I’m interested in are Sahara Gold Tobacco and Charlies Chalk Dust
V2 Platinum E-Liquids

There is nothing I can say, that would do this company any more justice, than the thread on e-cigarette-forum . He is in love with this company’s products, as are a host of other people. They are perfect e-juice brand company and have a real tobacco flavor that is ideally suited for old or newbies that want something that has an authentic cigarette taste. They also have other flavors that most people seem to like very well. Their juices are also 90%-100% VG.
Freedom Smoke USA

I’ve only seen about 12 or 13 people talk about Freedom Smoke (compared to dozens of the others), but they all absolutely rave over their products! Hazelnut, cherry Coke, cappuccino and blackberry seem to be real popular. They will customize their juices to your desired strength, as well as ratio of PG/VG. Excellent customer service. One of the things that first struck me about them is that the owner of the company offered to front someone an order of e-juice and receive payment later (the guy didn’t get paid until the 1st of the month). There aren’t too many companies that will do that. Add all that with super-fast shipping, and, in my opnion, that makes Freedom Smoke one of the top brands out there.

I put this one in my top 5 because all the comments I’ve seen say that they have outstanding customer service, and the shipping is lightning quick! Now, that’s not to say that their e-juices are not up to par. Some things that have been said about their juices are:

“Good stuff! I have the BEST watermelon, vanilla and Marlboro from e liquid planet!!! The flavors are awesome!!!!”

“I love the Black Tea, too. I also ordered some of their Whiskey, and it is fantastic. I reserve both the Black Tea and the Whiskey for relaxing in the evening, but I’m still going through them fast!”

Tasty Vapor
Tasty Vapor, or TV as their affectionately called by their fans, has a reputation for reproducing flavors that are “spot on”, meaning that they’re very similar to the real thing (i.e. “peach” flavor tastes like a real peach, NOT peach candy, or peach kool-aid). Some of their top flavors are German Chocolate Cake, Waffle, and Geoff’s Blend.

I saw a recent thread where a guy in Portugal got received his stuff 5 days after he put the order in. This falls in line with comments from others regarding TV’s fast shipping. 5 days for an international order is damn good!

***Honorable Mention*** – Johnson Creek
So there you have it – the top 5 E-juice companies (again, in no particular order), according to me! 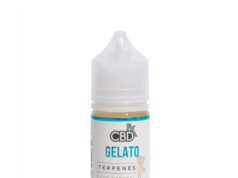 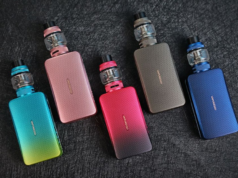 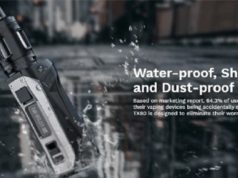 How to Make E Liquid Without Nicotine